Welcome to another edition of Inside the Enemy Ship! We spoke to our friend Marisa Miller who is the men’s basketball beat write for the Butler Collegian. We appreciate her tremendous insight. She is a great journalist! Here are her responses:

BBA: Butler is currently a team on the bubble. Do you think they wind up on the right side of it?

Miller: I believe that if Butler pulls off these next two wins against Seton Hall and Marquette, they have a very good chance on ending up on the right side of the bubble. If Butler splits these last two games, a deeper Big East Tournament run would be the key to getting into the NCAA Tournament.

BBA: Isaiah Whitehead has been on fire for Seton Hall of late. What do you think Butler does to slow him down?

Miller: In order to slow down Isaiah Whitehead, Butler needs to do a better job of guarding the three-point arc, especially after Whitehead put up 23 points on 7-7 from three in the first half the last time these two team’s matched up.

BBA: Is this a must win game for the Bulldogs?

Miller: This is absolutely a must-win game for Butler in order to keep their NCAA tournament hopes alive.

BBA: How big of a home court advantage does Hinkle Fieldhouse provide?

Miller: Hinkle Fieldhouse definitely provides a big home court advantage based on the atmospheres and large crowds it provides every game.

BBA: Which player should the Pirates be most concerned about facing?

Miller: Seton Hall should be most concerned about facing Kelan Martin based on his range and ability on all parts of the floor. He will drive to the basket and shoot the three on a consistent basis during every game. The senior duo of Kellen Dunham and Roosevelt Jones are also causes for concern. With Dunham’s three point range and Jones’s ability to drive the paint, Seton Hall should definitely be worried about them as well.

BBA: What do you expect the Pirates to do differently against Butler this time around?

Miller: I expect Seton Hall to defend the paint a little bit better during this game as opposed to the last one. I also expect them to guard Butler’s Big 3 a little more closely and not allow them to put up the points they did during the last game.

We would again like to thank Marisa Miller for providing us with some insight ahead of the game tonight. You can follow her on twitter @marisanmiller. Give here a follow! You can catch the Pirates as they look to take on the Bulldogs tonight on FS1. Game time is 8:30 p.m. in Indianapolis. We will have full coverage of the game tonight. Until then, Hazard Zet Forward.

Welcome to another edition of Inside the Enemy Ship! We spoke to Shannon Russell of the Cincinnati Enquirer who is a tremendous journalist. Give her a follow on twitter @slrussell. Here are her responses to our questions:

BBA: Xavier is coming off of a big win over the Villanova, do you think there is a chance of a letdown in this game?

Russell: Perhaps, but it’s doubtful. Xavier players have been pretty unflappable this season, meaning they haven’t been swayed by their highest highs or lowest lows. They approach each game in a very business-like manner, and they know how big of a challenge Seton Hall is.

BBA: Xavier has an impressive resume. Do you believe they will be a #1 seed when all is said and done?

Russell: I think Xavier would have to win out the Big East tournament for the No. 1 seed. They took a step forward with Wednesday’s defeat of Villanova. If they met and defeated the Wildcats in the conference tournament final, then I think they would land a top seed.

BBA: Do you believe Isaiah Whitehead deserves some attention for Big East player of the year?

Russell: Isaiah Whitehead certainly is one of the best players in the league and in my opinion a contender. His play in the last five to six games, plus his importance to the Pirates, makes him immensely valuable. That said, the player of the year likely will come from a league-leading team and I wouldn’t count out Kris Dunn of Providence, either.

Russell: Xavier is at its best when it plays man-to-man defense. That’s its bread and butter. The 1-3-1 is a curveball the Musketeers use and it has been immensely effective in spurts. But the 1-3-1 at times wears out its welcome and teams facing XU a second time in league play tend to find seams against it.

BBA: What player should Seton Hall be most concerned about facing on Sunday?

Russell: Xavier’s balance makes it difficult to pinpoint one person. Trevon Bluiett leads the team in scoring but Edmond Sumner, J.P. Macura and Jalen Reynolds have been playing very well lately. James Farr had 24 points and 15 rebounds last time out against Seton Hall, so he perhaps is a focal point heading into the rematch.

BBA: What do you think is Xavier’s ceiling, final four, elite eight?

Russell: Hard to say. The ultimate goal is a Final Four but if this team keeps playing as well as it has been lately, there’s no ceiling.

We would again like to extend a big thank you to Shannon Russell. She is a must follow on twitter and provide a vast amount of information. We will have full coverage of the Xavier game tomorrow. Game time is 12:30 p.m and can be found on FS1. Until then, Hazard Zet Forward. 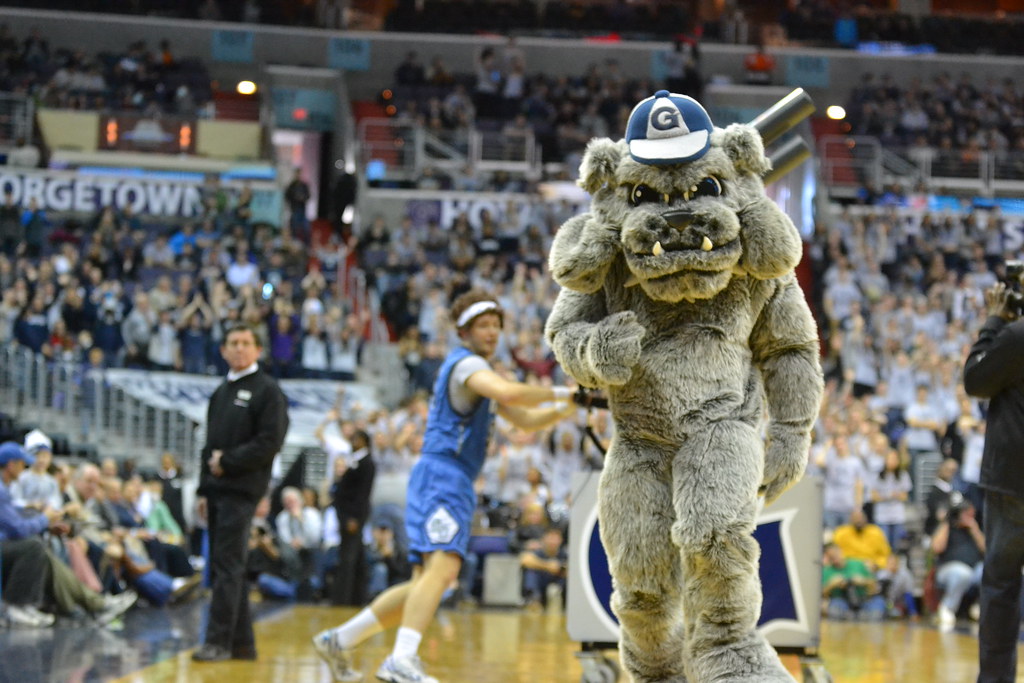 Welcome to the latest edition of “Inside the Enemy Ship” as we take our first look at Georgetown Basketball! This week, we had the pleasure of talking to Chris Haines of SB Nation’s Casual Hoya! He let us pick his brain about the upcoming game; check below for his thoughts!

BBA: When the season started, where did you see the Hoyas going?
HAINES: I had very high expectations for the Hoyas this season. I imagined them competing for a Big East title and being a top 15-20 team nationally. I think most Hoyas fans hoped this might be the year they finally broke through the Sweet 16 ceiling.

BBA: Who would you consider Georgetown’s greatest Basketball alum? Why?
HAINES: Hard to argue much with Patrick Ewing. Brought the Hoyas their first and only National Championship and went on to a Hall of Fame NBA career.

BBA: Georgetown was 7-5 headed into Big East Conference play, and now is 14-12. How accurately does the record reflect the team this season?
HAINES: Perfectly I think. They’ve been extremely inconsistent and have earned their record. I think they have more talent than their record, but they’ve played to it perfectly.

BBA: When push comes to shove, do you think Georgetown will make the NCAA tournament?
HAINES: Nah. I still think this team is capable of going on a run, but I don’t think they actually will.

BBA: The last game against Seton Hall clearly didn’t go how Georgetown had hoped. What went wrong?
HAINES: Offensive stagnation (mixed with turnovers and a horrid shooting percentage) on one end and on the other too many fouls and offensive rebounds allowed. If the Hoyas protect the ball and hit their shots, they can hang. If they don’t, it has the tendency to get ugly. Fouls are a common theme with this group so we’re not really sure what’ll happen if they don’t foul too much.

BBA: Who should Seton Hall be most worried about meeting on the court this time around? Why?
HAINES: I’m going to go with Isaac Copeland. I went back and forth between him and D’Vauntes Smith-Rivera. I was leaning towards DSR because he struggled mightily last time out against Providence, but Seton Hall clearly game-planned for him the first time around. Copeland had an awful January, but has found his shot in recent games and I’m hoping he’s still got it.

BBA: Final Score Prediction?
HAINES: I think the Hoyas find a way to build off of an excellent 2nd half against Providence and eke out a win at home, 74-68

Once again, we’d like to thank Chris for his expertise; he was a true gentleman and a scholar, who tweets from @chrismchaines. Tip-off is tomorrow, 9 PM from the Verizon Center in DC, or on your television on Fox Sports 1. As always, Hazard Zet Forward, as the Pirates look to strengthen their NCAA Tournament resume. 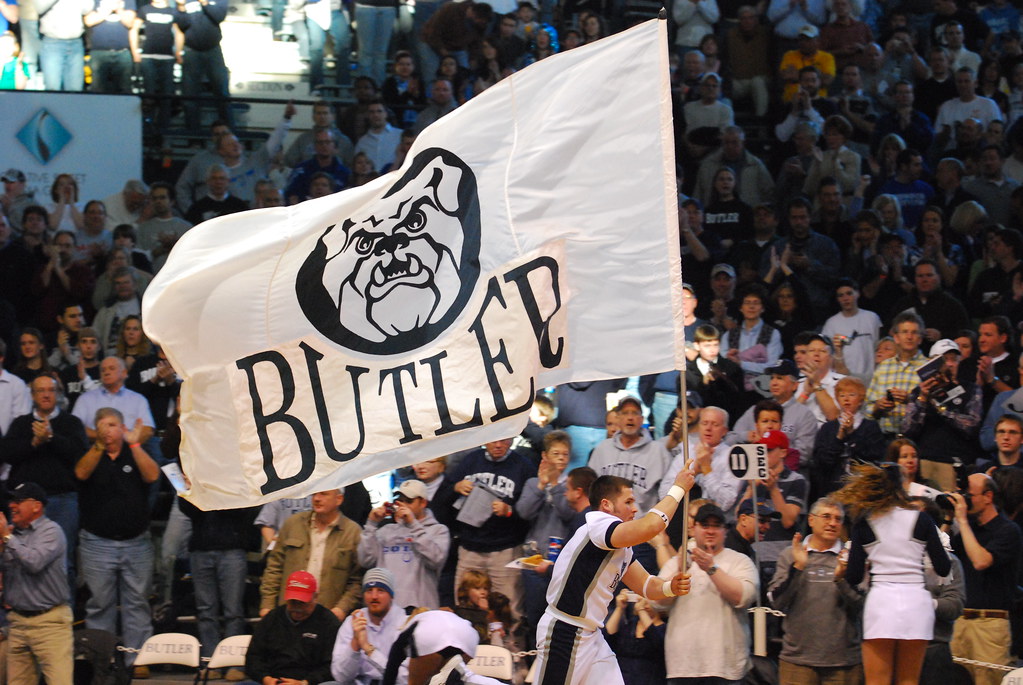 Welcome to the latest edition of “Inside the Enemy Ship”! Looking for their fifth straight Big East win, the Seton Hall Pirates take on the Butler Bulldogs at the Prudential Center, with both teams trying to strengthen their NCAA tournament resume. We had the pleasure of talking to Marisa Miller, the Sports Co-Editor for The Butler Collegian! Check bellow to see her thoughts on the upcoming game!

BBA: When the season started, where did you see the Bulldogs going?
MILLER: I saw the Bulldogs being a very serious threat in the Big East and highly ranked throughout the entire season. With the senior duo of Kellen Dunham and Roosevelt Jones, I thought that was a very fair prediction. But the rest of the talent in the Big East finally caught up to them after their spectacular non-conference run.

BBA: Butler was 11-1* headed into Big East play, but have struggled with conference games, with an overall 5-6 record. What was the cause of the rapid decline?
MILLER: I think Butler underestimated how good their Big East opponents were looking this year. The hard-fought wins against Cincinnati and Purdue were good starting off points for Butler as an insight to what they would face in the Big East. The amount of tragedy the team has faced as well off the court since Big East play began cannot be overlooked either as a possible cause and distraction as well.

BBA: Do you think, when push comes to shove, that Butler will make the NCAA Tournament?
MILLER: I do still believe Butler has a shot of making the NCAA Tournament. If they finish the Big East season only losing 2-3 more games and making a deep Big East Tournament run, I believe the selection committee will have to consider them. I currently see them at a play-in game as an 11 seed. But anywhere from seeds 9 to 12 is probable.

BBA: Which players should Seton Hall be most worried about meeting in the court?
MILLER: Seton Hall should be most worried about Kelan Martin as they prepare for Wednesday’s game. He is a very difficult match-up for every team in the Big East based on his size and scoring abilities all over the floor. Dunham and Jones should not be overlooked either. With Dunham’s long range and Jones’ ability to drive the paint, those match-ups will be tough as well.

Once again, a big thanks to Ms. Miller for taking the time to talk to us. Be sure to follow her on twitter @marisanmiller! Tip-off is tonight at 6:30 at the Rock! The Blue Beard Army staff will be there (just look for the retro New Jersey NETS jerseys), and we hope you will be too! As always, Hazard Zet Forward!

* Editor’s Note: The original question mistakenly listed Butler as 11-0 going into Big East play, before we were corrected by Ms. Miller about the loss to Miami FL in the Puerto Rico Tip-Off championship game, giving them an 11-1 record.