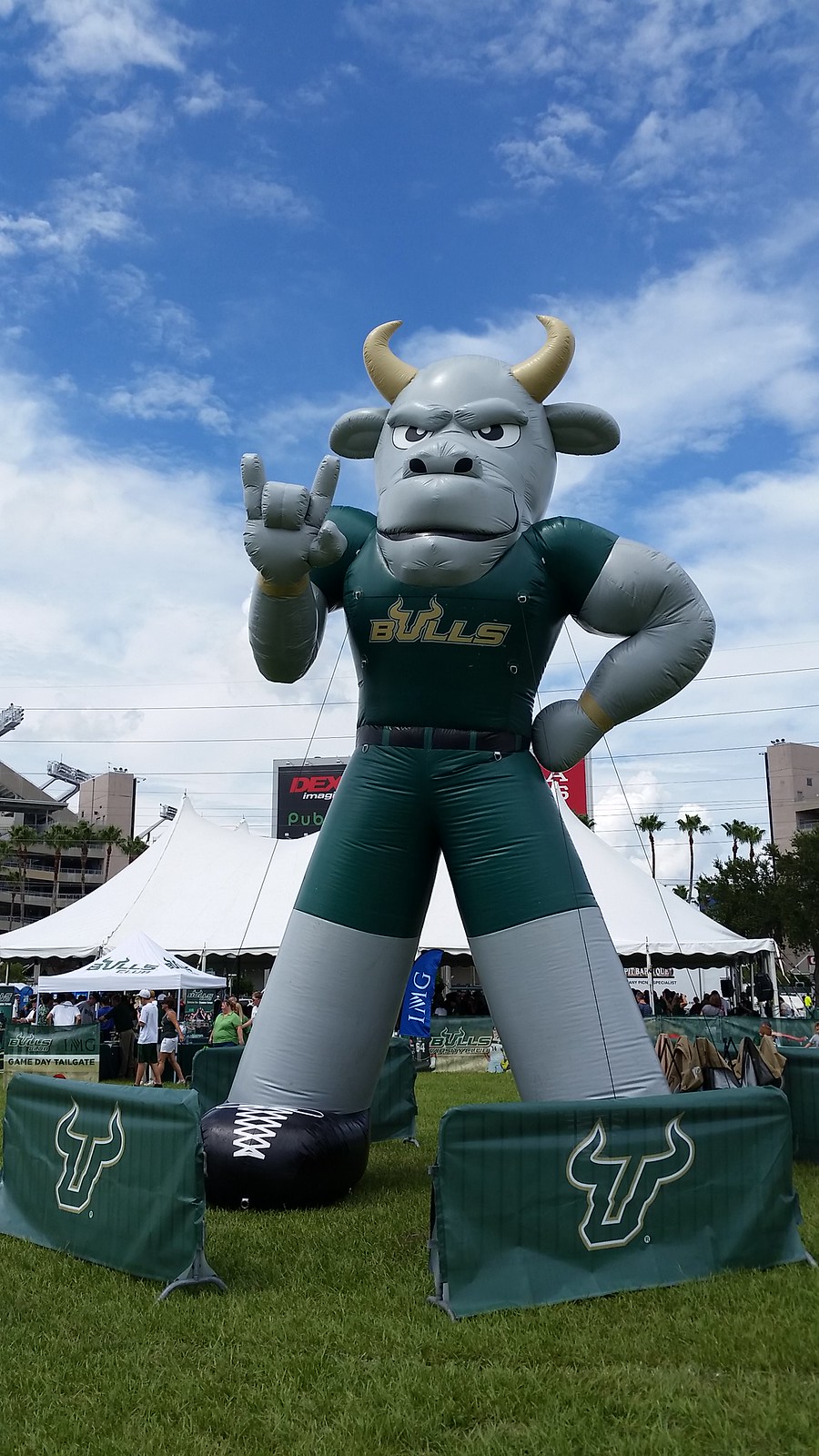 Welcome to another edition of “Inside the Enemy Ship”! Today, we are turning our eyes to the University of South Florida Bulls, the Pirate’s next opponent! This time, we had the pleasure of getting two USF Students, Chris (who is on Twitter @ChrisJLemus) and Andrew to get their thoughts on the upcoming game!

BBA: When the season started, where did you see the Bulls season going?
ANDREW: I thought the Bulls were going to be in rebuild mode, building off of last year and making progress
CHRIS: This is the first season where even more of the pieces added to the program would be Antigua’s, which would feature a summer offseason where he can condition the guys to play that uptempo, Kentucky-style offense he’s influenced by from his days with John Caliperi. The loss of Anthony Collins hurts, but Texas A&M fits his half-court, floor general style. Antigua, though, went out and got players like Jahmal Mcmurray, and then, Maryland transfer Roddy Peters became eligible. That being said, I expected the growth to be an increment instead of a spurt. This team is still very much fun to watch, despite the rebuilding period, because there’s an emphasis on athleticism, full court attacking, and extra touches for the post players down low if the lanes collapse after the screen is set.

BBA: What do you think of the the Bulls being in the American Athletic Conference? Is it a good fit?
ANDREW: I think the American is a good fit for the Bulls. The old Big East was an amazing opportunity, but the American affords multiple opportunities as well including guaranteed games against our bitter rival UCF. The development of SMU shows that the American is a conference to be reckoned with.
CHRIS: The American Athletic Conference offers a good challenge for USF, which keeps them aspiring for more. The AAC is good enough to be mentioned with the other power leagues such as the ACC, the B1G, and the SEC. The Bulls’ last NCAA Tournament appearance was in 2012, during a time when the Big East had Louisville, Syracuse, Marquette, and UConn. The AAC still deserves to be mentioned in the same wind as the “power” conferences. They sent a team to the national championship two out of the past three years, and sent a couple teams last year dancing. USF recruits competitively like a “power” conference. Antigua got Jaleel Cousins after previously coaching his older NBA all-star brother, and got a 5-star Maryland Terrapin in Roddy Peters to transfer after sending Rod Strickland to recruit him. All that’s left is the team competitiveness, and being in a conference like this helps.

BBA: Which player should the Seton Hall Pirates be the most worried about meeting on the court? Why?
ANDREW: Seton Hall should be most worried about the front court pair of Chris Perry and Jaleel Cousins. Both are dominate big men who have major shot blocking abilities on the defensive end while having explosive dunks on the offensive
CHRIS: Seton Hall does some good things with their guards and field goal shooting that I like to compensate for the lack of size, which has gotten them to where they are now. USF started out the year playing some great shooting teams in Boston University and NJIT, so that’s where they struggle, but they do offer size down low that has been improving exponentially. The biggest piece is Jaleel Cousins. He dropped 20 pounds over the off-season by committing to doing cardiovascular activities he didn’t like, but it paid off with his improved production this year. His basketball IQ also improved. He’s not afraid to take charges, which surprised me this year when I saw him start to put his hands down.

BBA: What do you think of the Bulls (as of time of writing) 3-8 record? How accurately does it portray your team?
ANDREW: I think it is a little bit inaccurate; at times USF has played like an 8-3 team but down the stretch they lose that composure and are unable to complete the game for a win. USF is definitely better than the 3-8 record would imply
CHRIS: The 3-8 record, on paper, looks disappointing, but the turning point isn’t expected to hit a 180 degree rotation this season or in the first 11 games. This rebuilding period is still very much a journey versus a destination. Considering this team had a 14-point lead versus Troy at home before losing and a 15-point lead versus NJIT at home before losing, it should’ve been a better start. But the 3-8 record will one day be a small reflection of the past in the overall bigger picture of success.

BBA: What do you think of current HC Orlando Antigua? Steve Masiello originally agreed to be the next HC before it was discovered he lied on his resume. Does that affect your opinion of Antigua as a “second choice”?
ANDREW: I think Orlando Antigua is a great coach. He so far has been great in recruiting and developing the talent he brings in; evidence of that is in freshman Jahmal McMurray.

To me, Antigua is not a ‘second choice’. He has experience under Calipari and has Hispanic roots, a major bonus in Tampa.
CHIRS:Masiello would’ve been a good addition, but as Orlando Antigua told the Tampa Bay Times, ‘I think I was my wife’s second choice too.’ I’ve seen him enter press conferences and take accountability after losses, and he does a good job of keeping everyone focused on the vision for a polished product while going through the motions of rebuilding a program. I like his leadership, his interaction with the local community, and his recruiting.

There you have it! We’d like to thank both of our friends in the Sunshine State for taking their time to talk to us!