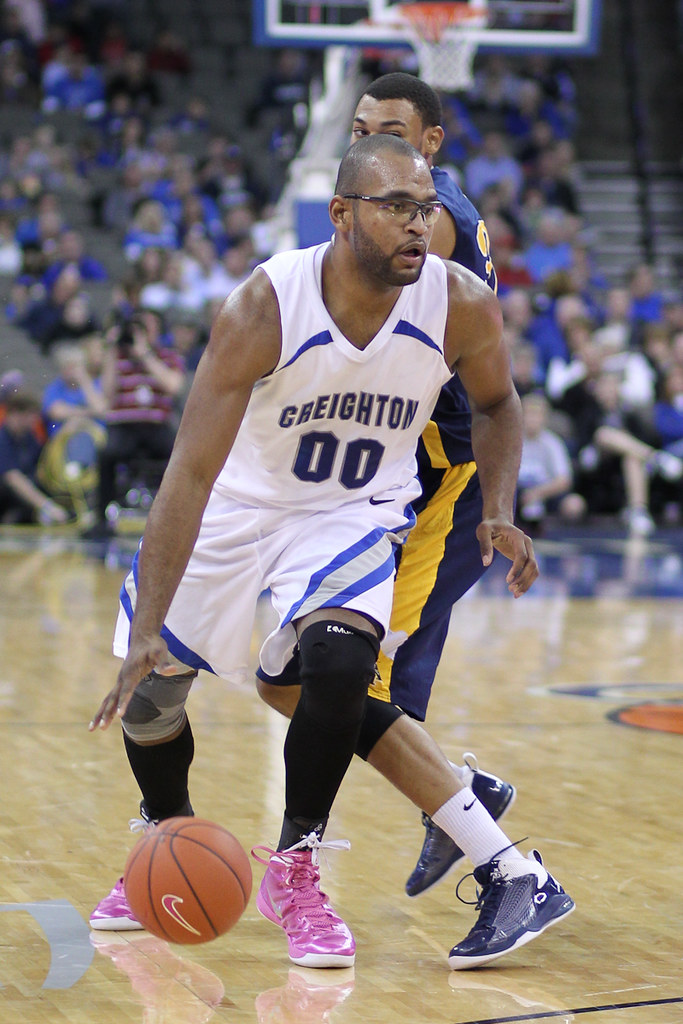 Welcome to another issue of “Inside The Enemy Ship”! Later today, the Seton Hall Pirates host the Creighton Bluejays, and who better to talk to about the game than someone who writes for their student newspaper The Creightonian (which suprisingly has a solid 73 years on our beloved Setonian)? We had the pleasure of interviewing Anthony Robinson about his thoughts on the upcoming Big East Conference game!

BBA: When Creighton’s season started, where did you see the team going?
ROBINSON: The men’s basketball media guide listed Creighton with only one returning starter (sophomore Toby Hegner), but others such as Isaiah Zierden, James Milliken and Geoffrey Groselle each played meaningful minutes for the Bluejays last season and transfers Maurice Watson Jr. and Cole Huff also played significant roles at their previous schools. Quite a few people didn’t know how well Watson would handle the offense after three years with Austin Chatman at the controls, but after an interview with Watson at media day in late October, I quickly realized that this Creighton team was going to go as far as Watson was willing to take it.

BBA: What do you think of Creighton’s (as of time of writing) 11-5 record?
ROBINSON: Creighton had opportunities against Arizona State and Loyola to pick up two more victories than they have, but overall I think their record is right about where I would expect it to be based on the way the Bluejays have played. Offensively they have so many different weapons and Watson does a great job of distributing the ball and also knows when to take more shots to help his team to a victory. Defense has definitely been the weak spot of Creighton’s game. Although the Jays rank near the top of the Division I rankings in scoring offense, they are at the bottom of the Big East in scoring defense. Creighton’s last game against Georgetown was one of the first times I’ve seen the Bluejays get stops when they needed to.

BBA: Do you expect the Bluejays to make the NCAA Tournament?
ROBINSON: As much as I want to say yes, I still think Creighton is one year away from the NCAA Tournament. After finishing 9-4 in the nonconference schedule without a true signature win I believe the Jays would need to finish the Big East slate at least 12-6 and win one or two at MSG to even get a chance at an at-large bid. I’m not saying that’s impossible or that they couldn’t pull out a Big East Tournament title for the automatic bid, but I don’t expect them to qualify for March Madness. Creighton has only two seniors on its roster (Milliken and Groselle) and adds Kansas State-transfer Marcus Foster to its offensive attack next season, so I think the Bluejays have more of a legit shot at making the dance in 2017.

BBA: Do you think the Big East is a good fit for Creighton?
ROBINSON: Creighton’s first year in the Big East with Doug McDermott, Ethan Wragge, Grant Gibbs and Jahenns Manigat was a great season to start its journey in the conference, but I think last season’s struggles proved that things are a little tougher in the Big East compared to the Missouri Valley. I think that with the CenturyLink Center, the Championship Center, D.J. Sokol Arena and TD Ameritrade Park, Creighton facilities are some of the best in the country and I believe that has and will give us an advantage when attracting recruits to come to Omaha. While the travel to the east coast isn’t as easy as taking a bus to Des Moines or Wichita, I think the move was very appropriate and definitely helps put Creighton on the map.

BBA: What do you think of Creighton’s 2013 team makeover, such as the new logo and jerseys?
ROBINSON: With the move to the Big East it was much needed. The new logo and jerseys just showed that Creighton was willing to go all-in. The newness and freshness has definitely worn off and there was a lot of hype about the changes immediately after they happened, but now they have just become a part of the Creighton culture.

BBA: What do you think of HC Greg McDermott? What has been his biggest contribution to the program?
ROBINSON: I think Greg McDermott does a great job as head coach. He knows how to make adjustments and work with the personal he has. McDermott is also aware of how much Creighton basketball means not only to Bluejay fans but also to the Omaha community.

BBA: What player should Seton Hall be most worried about meeting on the court?
ROBINSON: You probably want me to say Maurice Watson Jr.. He did go off for a career-high 27 against Georgetown and has embraced his role as a leader in his first season in a Bluejay uniform. But I’m going to say Isaiah Zierden. He leads the Big East with 39 3-pointers made and has the third-most steals. There have been a couple of games where he struggled to shoot it from beyond the arc, but he’s still one of the first people Watson looks for on the perimeter. On defense, coach McDermott consistently praises him for his ability to be in the right spot at the right time. He may not be the most athletic or wow you with his pure skills, but he’s a smart player on both offense and defense.

Once again a huge thank you to Anthony Robinson for taking the time to talk to us. Robinson can be found online at The Creightonian (@sports_cu) and at his personal Twitter account at @ARobinson_. Tip-off is 2 PM at The Rock, but until then, Hazard Zet Forward!