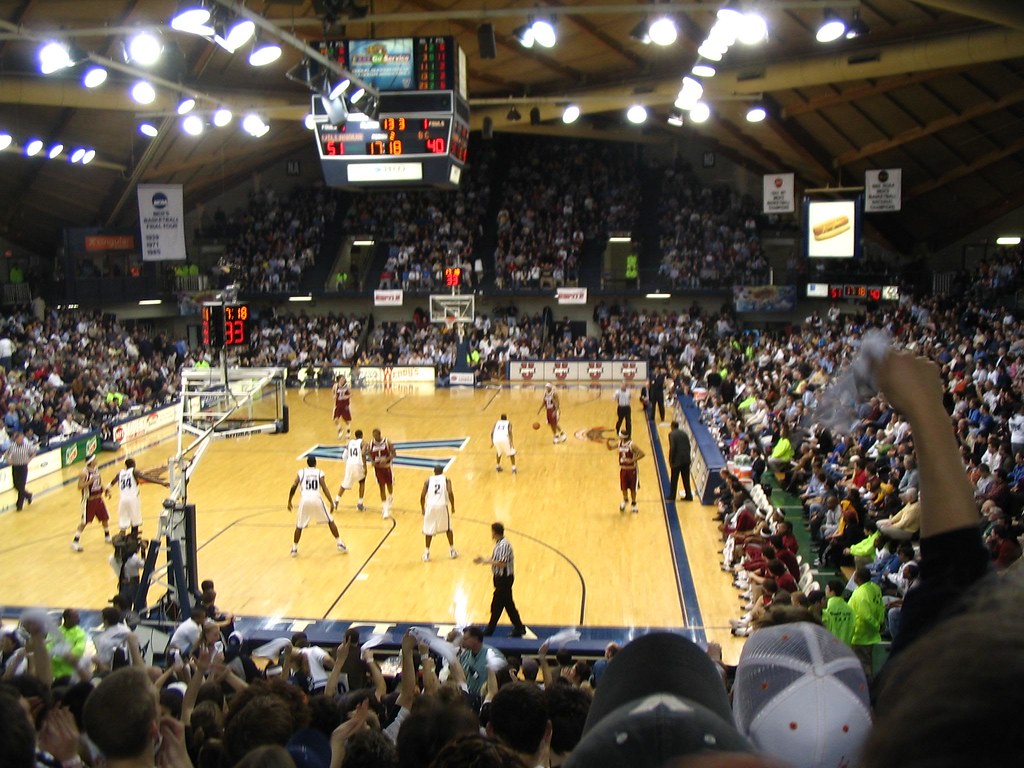 Welcome to our latest edition of “Inside the Enemy Ship”, once again featuring the Villanova Wildcats. We will once again be talking to Larry Flynn, a junior English major at Villanova University, as well as an alumni of Villanova (who happens to be a personal friend of mine), Stephen Fortino! Since the formation of the “new” Big East, #4 Villanova is the highest ranked opponent to come to the Prudential Center, and the excitement can be felt all around the campus. Now, we will turn to our Villanovan friends to see what they think!

BBA: Now that we are well into Big East Conference play, how do you see the rest of the regular season playing out for Villanova? Any games on the schedule that are particularly worrisome to you?\
FLYNN: I envision another two losses for Villanova during conference play, finishing the regular season with four losses. The toughest games left on the schedule are probably against Providence and a rematch with Xavier at Cintas Center, but tonight’s matchup against Seton Hall certainly has potential to be a trap game. I’m most worried about this Saturday should be a tough matchup against the feisty, super-talented Providence Friars. Their overall quickness, athleticism, and talent are a bad matchup for any team in America, including Villanova.
FORTINO: You never know in the Big East. On any given day any team can beat their Big East rival. I tend to worry more about Providence this year.

BBA: Do you think Nova will end up as The Big East Tournament Champions?
FLYNN: As I’ve said, I think the Big East is Villanova’s to lose. Unless they experience a maddening heartbreak (like the loss to Seton Hall two years ago), the Wildcats should win the tournament for the second year in a row. It will definitely be tougher this year, however; with a deeper conference, more teams need to make a run in the Big East Tournament to have a shot at the NCAA Tournament (consider teams like Georgetown of Seton Hall).
FORTINO: Yes I do, Providence is the team I worry about. There are several really good teams and as you know, in the Big East, teams just beat on each other. It may be the most physical conference in the country.

BBA: Best guess, what seed will Nova be in the NCAA tournament?
FLYNN: 2, but I might be selling this team short.
FORTINO: I think they will end up a 2 seed.

BBA: Do you consider Seton Hall any sort of rival to Villanova, especially after their important games over the past few seasons?
FLYNN: Most don’t consider Seton Hall a rival, although the geographic connection occasionally makes for an overlap of fans. Any Big East game, however, has added incentive.
FORTINO: Actually Seton Hall has been one of the teams that has been a thorn in Villanova’s side. I know last year SH had just cracked the top 20 and then Villanova crushed them and the slide started for Seton Hall. Seton Hall has a well coached team and you never know.

BBA: In this match-up, do you think the environment of the Prudential Center could prove problematic?
FLYNN: Absolutely. Any road games in the Big East are up for grabs. Don’t forget, Villanova’s only losses last season came on the road, to Georgetown and none other than Seton Hall. The Pirates must use this history as motivation, while the Wildcats will try to forget the past and improve to 7-0 in the conference.
FORTINO: I don’t think so. I think a smaller venue might be more problematic. You might see as many Nova fans in that big building as you would Seton Hall Fans.*

BBA: Which player(s) should Seton Hall be most worried about meeting on the court? Why?
FLYNN: Josh Hart has been the leader of this Villanova team. With an expanded offensive game, Hart has led the team in scoring on most games thus far this season. He will be a load for the Pirates to handle, no doubt about it.
FORTINO: Jalen Brunson is a terrific freshmen, Daniel Ochefu is a force on the inside and if Ryan Archidiacano heats it up look out.

We would like to thank both Mr. Flynn and Fortino for taking their time to talk with us this week; we literally couldn’t do this segment without you! Tip-off is at 9 PM tonight at the Prudential Center, and can be watched on the CBS Sports Network or online. As always, Hazard Zet Forward.

*EDITOR’S NOTE: Very harsh, but hard to argue based on the past. Pirates, let’s prove him wrong today!