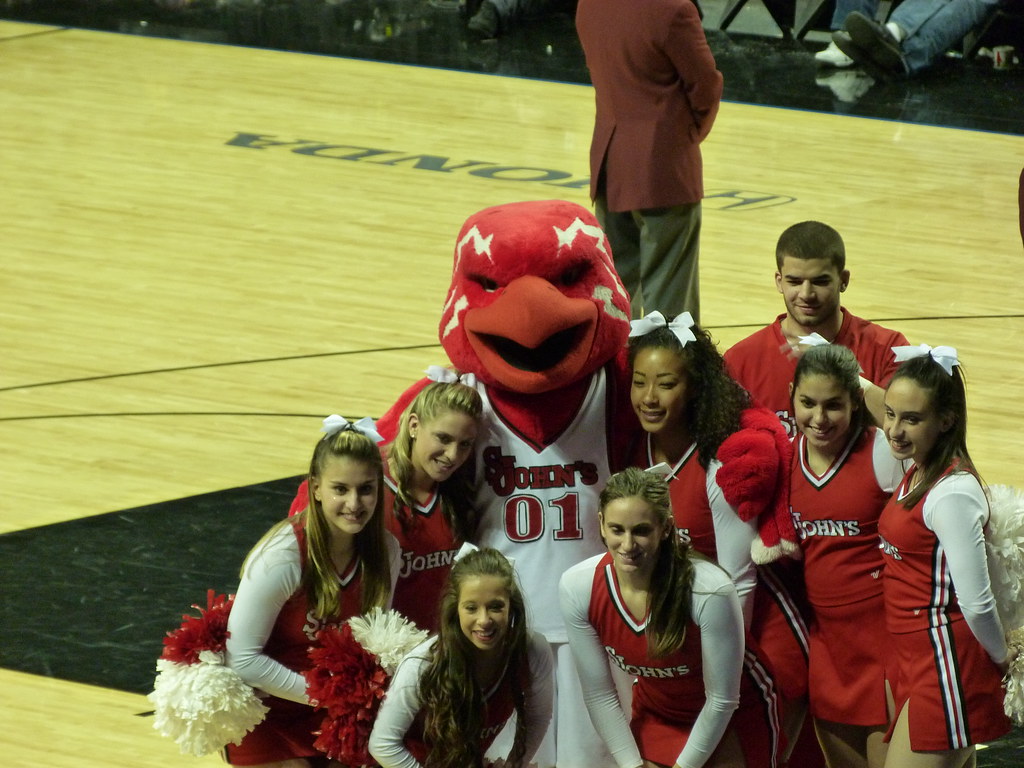 Welcome to the latest edition of “Inside The Enemy Ship”, where we will be talking about our Hudson River Rival, St. John’s Red Storm, or as we like to call them, the Johnnies. This time, we had the distinct pleasure of talking to Carmine Carcieri, a contributor to the St. John’s SB Nation page Rumble in the Garden! Check below to see his thoughts on the upcoming game!

BBA: When the season started, what was your expectations for the Johnnies? How did you see the season going?
CARCIERI: With a new head coach and nine new players, it was clear that St. John’s was getting set for a long rebuilding year. Two of those players, center Yankuba Sima (Spain) and point guard Federico Mussini (Italy), were getting set to play American basketball for the first time while small forward Durand Johnson and guard Ron Mvouika were coming off major injuries. The Johnnies had to deal with the eligibility question marks regarding Marcus LoVett and Kassoum Yakwe. Also, all three returning players from last year’s NCAA tournament team combined to average just five points per game so they came into Chris Mullin’s first year with plenty of inexperience. I expected this team to finish in the bottom two positions in the Big East, but this year should not be measured upon wins and losses. Instead, the improvements and the development of coaching staff and players is the most important aspect for this program moving forward.

BBA: What do you think the biggest problem was with former coach Steve Lavin that lead to his firing?
CARCIERI: Steve Lavin did not recruit the New York area successfully and certainly didn’t win enough games with the talent he had on his roster. His last two seasons on the job, the Red Storm had enough shooting, shot blocking ability and desire to be a top 25 team throughout the season. That did not come to fruition in part because of poor coaching and a lack of discipline. There were too many off the court incidents/suspensions and too much drama surrounding the program.

BBA: How big was it for St. John’s when they hired Hall of Fame player and St. John’s alum Chris Mullin?
CARCIERI: It was a terrific hire and has been a great start to bringing the program back to being a consistent contender in the Big East. Mullin brought in a fantastic staff and his Hall of Fame credentials is a huge plus in terms of recruiting.

BBA: How high do you think Chris Mullins can take this team? I have to imagine he can do wonders for recruiting, especially in the NYC area?
CARCIERI: Absolutely, Mullin and his staff have already reeled in some excellent recruits for their 2016 class: four-star combo guard Shamorie Ponds and one of the best JUCO players in the country Bashir Ahmed. While it will take patience and plenty of frustrating losses (especially for the rest of this year), St. John’s is heading in the proper direction.

BBA: How big of a win was it against Syracuse? Conversely, how bad was the loss the following game to Incarnate Word?
CARCIERI: The Syracuse game is likely going to be the high point of this season for the Johnnies. And while loses to Incarnate Word and NJIT were brutal, inconsistency was and is expected with a young team trying to mesh together on the court.

BBA: I know this team is almost entirely different than the one on the court from last season; how big is this team’s upside?
CARCIERI: This is a very promising group of guys because of their heart, work ethic and desire to be great. The results haven’t shown in terms of wins and losses but Sima was coming on strong in conference play before his hand injury and Mussini is a crafty guard who will be even better next year when he can slide off the ball. Malik Ellison can attack the basket and nail outside shots, LoVett is a flashy guard with great vision (ineligible this year) and Yakwe is an impressive shot blocker who is working on his offensive game. Bring in transfer Tariq Owens (from Tennessee), Ahmed, Ponds and possibly Rawle Alkins, Thon Maker or Richard Freudenberg and this team will be pointing upwards.

BBA: Looking at their schedule, when do you think they will get their first Big East win?
CARCIERI: The schedule is very difficult and every night is going to be a challenge. The first game I can see them winning is DePaul on February 17th. It’s at home and the Blue Demons aren’t playing particularly great basketball.

BBA: Which players should Seton Hall be the most worried about meeting on the court? Why?
CARCIERI: Mussini and Yakwe. If Mussini is in rhythm, he has the potential to knock down shots from anywhere on the court and can impact the game with his scoring ability. Yakwe is a terrific defender who alters and blocks shots at the rim. He also draws a ton of fouls on the offensive end of the floor.

There you have it folks! Once again, a big thank you to our friend Carmine Carcieri (@carminecsju) for taking the time to talk with us today! Tip-off is at the Prudential Center at 7 PM! If you’d like to meet up with the BlueBeardArmy staff before the game, just check the Chipotle right next door. As always, Hazard Zet Forward