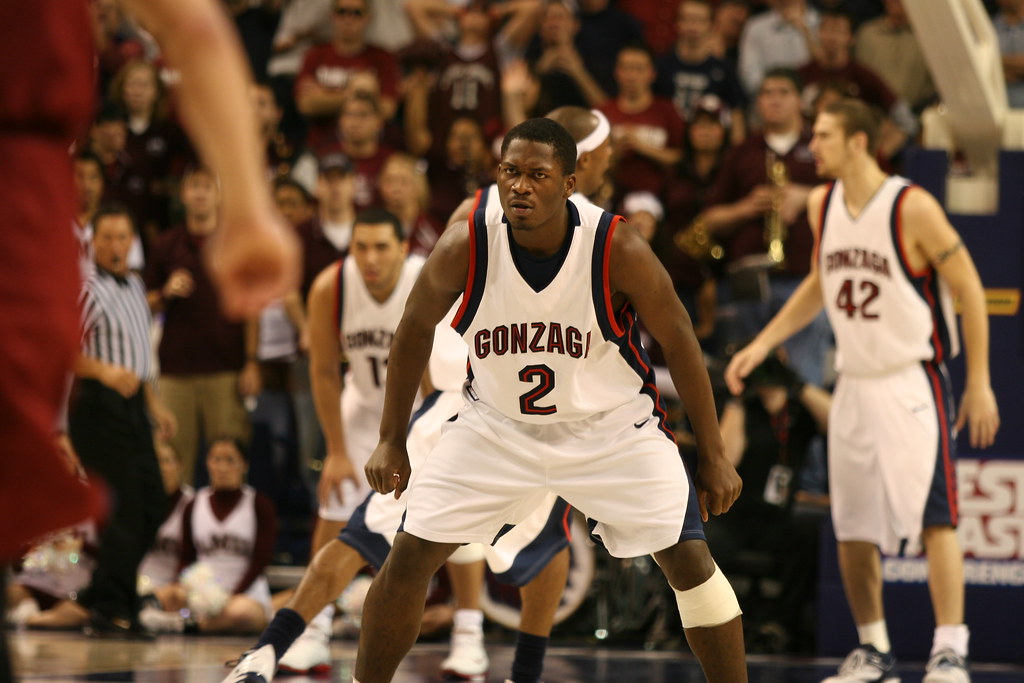 After ten years of waiting, the Seton Hall Pirates are back in the NCAA Tournament! The reigning Big East Champions are a 6-seed in the Big Dance, and drew 11-seed Gonzaga in the Midwest region! The euphoria around campus is electric, and it’s spreading around the country as well, with the Pirates being the #4 best selling college team on http://www.fanatics.com, one of the country’s largest sports merchandise retailers. Pirate fever is sweeping the nation!

In this special postseason edition of “Inside the Enemy Ship”, we had the pleasure of speaking to Andy Buhler, the Managing Editor of the Gonzaga Bulletin. Check below for his thoughts on the upcoming game!

BBA: When the regular season started, where did you see Gonzaga going? After 17 straight NCAA tournament appearances, it must be expected at this point, right?
BUHLER: With a preseason No. 9 ranking, a front court dubbed by many as the country’s best and a lot of young talent seemingly poised for a high output right off the bat, there was nothing to dissuade anyone that Gonzaga would put itself in the position it did of having to win the WCC Tournament to secure an auto-bid. But after the loss of Karnowski, a true defensive treasure, the slow early play of the guards and a lot more losses than expected, it appeared as though the wheels might be falling off. That said, when the regular season started, I still saw Gonzaga coming full circle as a starting five and making the tournament. Those top six guys did that, and then some down the stretch.

BBA: What do you think of head coach Mark Few’s comments that the rest of WCC is “dragging the top three down”?
BUHLER: He’s certainly not wrong. I’m sure it’s frustrating having two real perennial competitors each year in conference play. A co-worker, Bulletin sports editor Josh Horton, put it nicely saying “Three teams compete for the top three spots year in and year out. The other six play for fourth.” Four WCC coaching jobs are vacant, so those programs, and the conference by extension, are at a critical juncture.

BBA: Do you think two time All-WCC first team Kyle Wiltjer has a future in the NBA?
BUHLER: At least a three-year future, yes. Regardless, though, Wiltjer has a long career in store in Europe — that, I’m quite sure of. I see him going in the second round and second rounders usually get a guaranteed contract. But it will be tough in those three years for him to create a need for his skillset. A lot of guys can score the ball and aren’t a defensive liability. I see guys like Ryan Anderson, though, and see a glimmer of hope for him.

BBA: How big was the loss of center Przemek Karnowski in December?
BUHLER: Catastrophic. It really would be a different season with him. I don’t think a lot of folks realize how much he impacted the game when he was on the floor from a defensive standpoint. Not to mention his leadership has certainly been missed.

BBA: What was the highlight of Gonzaga’s regular season?
BUHLER: Beating BYU in the Marriott Center on their senior night to close out the regular season. At that point, the Zags were 0-3 against Saint Mary’s and BYU and fresh off a loss at SMU. The scenario of having to win the conference tournament in order to go dancing was starting to look like a legitimate possibility, and at the very least, it needed momentum. Beating BYU in its own house, in what was a gutsy, gutsy win was definitely the highlight.

BBA: Heading into the NCAA Tournament, what are the expectations for the ‘Zags?
BUHLER: I really think now that the 18-year streak is still going, that a first-round exit would not be the end of the world for the Zags. But I know the team expects more and there are a lot of people, myself included, that believe Gonzaga can and will beat Seton Hall.

BBA: Before drawing Seton Hall, was the school common knowledge on the West Coast?
BUHLER: I can’t speak for the entire West Coast, but I had to google the university when they got the draw. I had no clue where it was. I knew it was in the Big East, and the impressive run to close out that conference tournament with wins over Xavier and ‘Nova caught my attention. But I can’t say I’ve seen an entire Seton Hall game.

BBA: Who should the Pirates be most worried about meeting on the court?
BUHLER: A rolling tandem of Wiltjer and Sabonis if Delgado gets in foul trouble. Those two are the team’s on-court leaders and can alter the momentum of any game. If Delgado is on the bench with fouls, the Pirates should be worried.

BBA: Which Seton Hall players do you believe Gonzaga should be most worried about on the court?
BUHLER: Isaiah Whitehead. WCC DPOY Eric McClellan will check him, as will Silas Melson off the bench for spells, but his impact on the game, motor and skill-set should raise concern in the scouting report.

BBA: What is the key for Gonzaga to win this game?
BUHLER: Few-to-no turnovers from McClellan and Perkins and shooting around 50 percent from the field as a team.

BBA: Anything else we should know about Gonzaga?
BUHLER: Starting PG Josh Perkins is from Denver and this will be his first time playing in Denver in three years. Also GU’s fan base travels really well.

While we respectfully disagree with Mr. Buhler’s prediction of a Bulldogs victory (BBA predicts a 77-70 win for the Pirates), we can’t thank him enough for lending his time and expertise to the site! Give him a follow on Twitter @a_buhla, or check out his work on The Gonzaga Bulletin.

The Pirates play in Denver on St. Patrick’s Day, with a 9:57 PM tip-off. For all those Pirates who are still on the East Coast, you can catch every moment on TRU TV, or via the the official NCAA March Madness apps. Now, more than ever, Hazard Zet Forward.