The Seton Hall Pirates were back in action today as they took on the St. John’s Red Storm at the Prudential Center. The Pirates needed to get back in the win column after dropping 3 consecutive games. Seton Hall would come away with an 86-73 victory and improve to 3-4 in conference play.

The first half was all Pirates. Seton Hall led St. John’s by as much as 22 points in the first half. Angel Delgado and Myles Powell were both effective and involved early and often. Khadeen Carrington and Madison Jones did a great job finding their teammates for easy buckets. The Red Storm struggled to get anything going offensively and only managed to score 26 points in the first half. The two teams would go into the locker room with the Pirates leading 46-26.

The Pirates were led by Myles Powell who had 9 points in the first half. Angel Delgado was dominant with 8 points and 14 rebounds. Khadeen Carrington and Michael Nzei chipped in 8 points each. Desi Rodriguez added 6 rebounds for the Hall. The Pirates shot 36.4% from beyond the arc and 45.9% overall in the first half.

The Pirates came out hot to start the second half. With 17:06 to go in the second half, an Angel Delgado layup would give the Pirates a 27 point lead. This would be their largest lead of the game. The two teams then played pretty much evenly throughout the rest of the contest. One of the highlights was a three point basket by Ismael Sanogo that brought the crowd to its feet. Desi Rodriguez gave the fans a scare when he took a hard fall but he returned to action later in the half. In the end, the Pirates would down St. John’s 86-73.

The Red Storm were led by Marcus LoVett who had 22 points and 4 assists. Bashir Ahmed had a strong game with 19 points and 7 rebounds. Shamorie Ponds had 9 points and 3 rebounds. Malik Ellison and Kassoum Yakwe each grabbed 5 rebounds. The Red Storm shot 31.3% from beyond the arc and 41.9% overall.

Seton Hall was led by Angel Delgado who had the first 20 point and 20 rebound game in Big East play since DeJuan Blair. Delgado finished with 21 points and 20 rebounds. Myles Powell had 19 points and Desi Rodriguez grabbed 8 rebounds. Khadeen Carrington chipped in 10 points, 8 assists, and 4 rebounds. The Pirates shot 38.1% from beyond the arc and 51.6% overall.

Check out the PPI below to see which players stood out. We will have full coverage of the Butler game on Wednesday. Until then, Hazard Zet Forward. 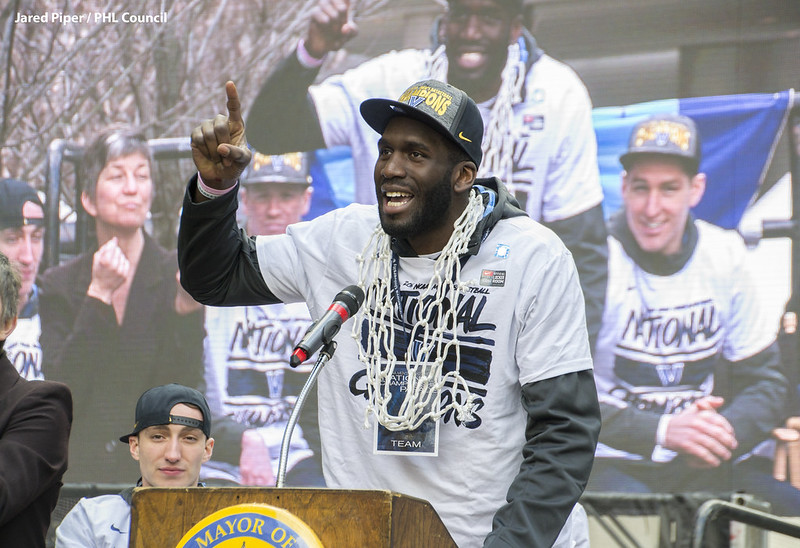 The Seton Hall Pirates took on the Rutgers Scarlet Knights on Friday in the Garden State Hardwood Classic. The Pirates came in at 9-2 while Rutgers came in at 11-1. The Pirates were the reigning champions of NJ and would take home the trophy again with a 72-61 victory.

The Pirates did not have a good first half at all. Five minutes into the game and the two teams combined for just 6 points. Rutgers was the team in control in the first half. While the Pirates looked lethargic, the Scarlet Knights built a solid lead. Rutgers entered the locker room with a 32-23 lead.

The Scarlet Knights were led by Nigel Johnson who had 8 points, 3 rebounds, and 2 assists in the first half. Corey Sanders chipped in 6 points and a block. Jonathan Laurent led the team on the glass with 6 rebounds. Rutgers shot 34.6% from the field and 40% from beyond the arc in the first half.

The Pirates were a much different team in the second half. They cut into the lead for the first few minutes of the half. The major difference in this half was that the Pirates exploited the match up down low with Angel Delgado. The Pirates would take their first lead with 12:15 remaining after a Delgado bucket. From there the two teams would be in a dog fight. They exchanged the lead on multiple occasions. Seton Hall would take the lead for good with 6 minutes remaining and go on to open the game up. In the end the Pirates would come away with a 72-61 victory.

Rutgers was led overall by Corey Sanders who had 17 points and 2 assists. Nigel Johnson had a solid game with 16 points and 4 rebounds. Deshawn Freeman led the way on the boards with 11 for the Scarlet Knights. Mike Williams chipped in 7 points and 5 rebounds. Rutgers shot 36% from the field and 30% from beyond the arc for the game.

The Pirates were led overall by Angel Delgado who had 19 points and 16 rebounds. He was named the Joe Calabrese MVP of the game. Khadeen Carrington added 20 points and 2 rebounds. Desi Rodriguez chipped in 13 points while dealing with foul trouble. Ismael Sanogo had a huge game with 16 rebounds and numerous hustle plays. Seton Hall shot 38.1% overall and 35.7% from beyond the arc.

With the loss the Scarlet Knights drop to 11-2 on the season. Rutgers will head to Wisconsin to take on the Badgers on December 27. The Pirates improve to 10-2 with the victory. They will now begin Big East play on Wednesday as they travel to take on Creighton.

Check out the PPI below to see how each player fared. We will have full coverage of the Creighton game. Until then, Hazard Zet Forward.

The Pirates led the game from the opening tip and would lead throughout the half. Seton Hall got the lead up to 10 at one point and maintained a consistent 7-9 point cushion. With 5:10 remaining in the half, a Myles Powell bucket gave the Hall a 10 point lead. In the end the Pirates would enter halftime with a 34-26 lead.

The Pirates came out strong to start the second half. They built on their lead and grew it to 14 points with 13:10 to go in the half. The rest of the half was a bit sloppy for the Pirates. The game never seemed in doubt, but it also didn’t feel like the Pirates were playing their best. The highlight of the second half was a huge dunk from Desi Rodriguez. The Pirates would ultimately come away with a 81-68 victory over Delaware.

Delaware was led by Anthony Mosley who had 21 points and 5 assists. Ryan Daly had a solid game with 19 points and 7 rebounds. Cazmon Hayes and Eric Carter grabbed 6 and 5 rebounds, respectively. The Blue Hens shot 40% from the field and 25% from beyond the arc.

The Pirates were led overall by Angel Delgado who had another double double with 22 points and 15 rebounds. Madison Jones had a great game with 15 points and 4 assists. Desi Rodriguez added 12 points and Khadeen Carrington chipped in 10 for the Hall. Ismael Sanogo grabbed 8 boards for the Pirates. Seton Hall shot 46.4% from the field and 38.9% from beyond the arc.

With the loss the Blue Hens fall to 5-5 on the season. They return home on Tuesday to take on the Marist Red Foxes. The Pirates improve to 9-2 on the season with the victory. They will now take on the Rutgers Scarlet Knights on Friday at the Prudential Center in the Garden State Hardwood Classic.

Check out the PPI below to see how each player performed. We will have full coverage of the Rutgers game on Friday. Until then, Hazard Zet Forward.