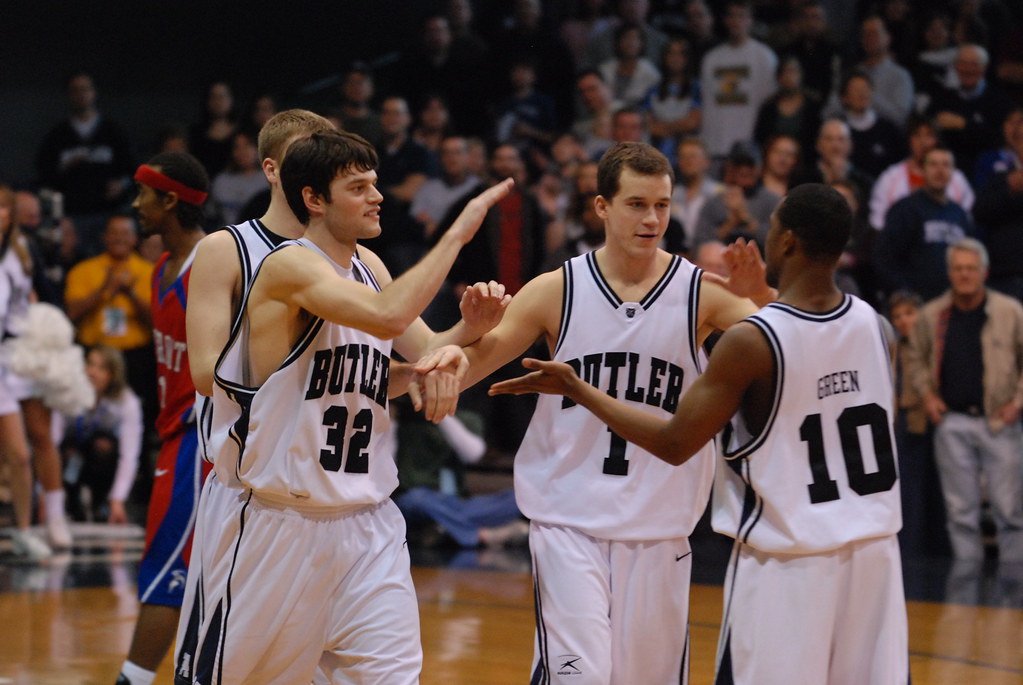 This game was tight throughout its entirety. The Pirates and Golden Bears were very evenly matched especially early on. The largest lead of the half came after a Desi Rodriguez jumper gave Seton Hall a five point edge. The big match up in this game was Ivan Rabb vs Angel Delgado. The two did battle on a few occasions. The Pirates would head into halftime trailing 34-31.

Cal got out to a quick start in the second half as they took a 6 point lead. Seton Hall would score the next 6 points to tie the score at 40. The two teams went back and forth for the majority of the second half. The Pirates would build a 6 point lead though. One of the highlights was a sequence where a Desi Rodriguez dunk was answered by a Jabari Bird dunk. Despite a late charge from Cal, the Pirates would hold on for a 60-57 victory.

Cal was led by Jabari Bird who had 22 points and 9 rebounds. Charlie Moore was second on the team with 12 points. Ivan Rabb had a relatively quiet night with 8 points and 8 rebounds. The Golden Bears shot 43.4% from the field and 18.8% from beyond the arc.

Seton Hall was led by Angel Delgado who had another double double with 16 points and 12 rebounds. Desi Rodriguez had 15 points on the night. Khadeen Carrington had a solid night with 14 points, 4 assists, and 2 steals. The Pirates shot 46.2% from the field and 27.3% from beyond the arc.

Check out the PPI below to see which players excelled. We will have full coverage of the South Carolina game on Monday. Until then, Hazard Zet Forward.

The Friars got on the board first on a Kris Dunn layup. The 2-0 lead was the only lead Providence would have in this game. A layup from Angel Delgado gave the Hall a 4-2 lead and they would never relinquish it. The Pirates never stretched the lead to double digits in the first half. A Ben Bentil layup cut the Seton Hall lead to 3 with 3:14 remaining in the first half. The Pirates increased the lead to 6, but the Friars would again cut the lead down to 4. However, with the clock winding down in the half, Isaiah Whitehead hit a three pointer to give the Pirates a 30-23 lead heading into halftime.

The Friars were led in the first half by Ben Bentil who had 10 points, 3 rebounds, and 2 assists. Kyron Cartwright added 5 points and 2 rebounds. Jalen Lindsey chipped in 2 points and led Providence with 6 rebounds. Kris Dunn was held to 4 points on 2-7 shooting while committing 3 turnovers. The Friars shot 27.% from the floor and did not make a 3 pointer.

The Pirates came out red hot to start the second half. Khadeen Carrington scored the first 5 points of the half to increase the lead to 12. Isaiah Whitehead would hit a three pointer a few minutes later to give the Pirates a 19 point lead. The Friars would go on a 6-0 run to cut the Pirates lead to 13. The Pirates would respond with a run of their own. With 11:16 to go in the half an Isaiah Whitehead free throw would give the Pirates a 53-32 lead. The Friars would storm back to cut the deficit to 7 with 4:56 remaining in the game. However, Ben Bentil would pick up a flagrant 2 and get ejected from the game. The Pirates would ultimately increase the lead and win 70-52.

The Friars were led in this one by Ben Bentil. He scored a game high 31 points and grabbed 6 rebounds. Kris Dunn added 8 points and 4 rebounds. Kyron Cartwright had a solid game with 7 points, 6 rebounds, and 5 assists. Ryan Fazekas chipped in 4 rebounds for the Friars while Jalen Lindsey grabbed  7 boards. Providence shot 28.4% from the field and 16.7% from beyond the arc.

The Pirates were led by Isaiah Whitehead who scored 25 points, grabbed 6 rebounds, and dished out 9 assists. He also added 4 blocks and a steal. Angel Delgado added a double double with 14 points and 10 rebounds. Khadeen Carrington chipped in 12 points and 7 rebounds. Desi Rodriguez also scored in double figures with 11 points and 8 rebounds. Seton Hall shot 45.6% from the field and 38.9% from beyond the arc.

With the loss the Friars fall to 19-9 overall and 7-8 in the Big East. With the victory the Pirates improve to 20-7 and 10-5 in Big East play. The Friars will now head home to take on the DePaul Blue Demons on Saturday. The Pirates will take on the Xavier Musketeers at the Prudential Center on Sunday.

We will talk to our friend Shannon Russell before the game on Sunday. The Musketeers are coming off of a huge win over #1 ranked Villanova. Check out the PPI below to see which players stood out in the big win. We will have full coverage of the Xavier game on Sunday. Until then, Hazard Zet Forward.

The Seton Hall Pirates were back in action today as they took on the Georgetown Hoyas in Washington, D.C. The Pirates were looking to complete the season sweep against the Hoyas. The first meeting was a 69-61 victory for the Hall back on February 6. Before the game we had the pleasure of speaking to Chris Haines from Georgetown’s SB Nation page. He provided some excellent insight which can be seen in our previous post. He predicted a Georgetown win, but the Pirates would ultimately prevail 72-64.

The Hoyas were led in the first half by Jessie Govan with 9 points. D’Vauntes Smith Rivera added 7 points for the Hoyas. L.J. Peak chipped in 6 points. Marcus Derrickson led Georgetown on the boards with 6 rebounds. Smith-Rivera led the Hoyas with 2 assists in the first half. The Hoyas shot 38.5% from the field and 14.3% from beyond the arc in the first half.

The Pirates led throughout the second half, but still had to fend off several Georgetown surges. With 13:33 remaining in the second half, Angel Delgado knocked down a free throw to give the Pirates a 16 point lead. This would be the largest lead of the night for the Hall. The Hoyas would trim the lead to 6 with 9:36 to go in the second half. The Pirates did not make a field goal for the final 14 minutes of the game, getting all of their points from free throws. The Pirates proved to be the more resilient team and wound up coming away with a 72-64 win.

The Pirates were led by Isaiah Whitehead who scored 22 points and dished out 6 assists. Khadeen Carrington added 18 points and grabbed 5 rebounds. Desi Rodriguez chipped in 17 points and Angel Delgado grabbed 11 rebounds. The Pirates shot 38.5% from the field and 50% from beyond the arc.

We would like to again thank Chris Haines for his insight on the Hoyas. He can be found on twitter @chrismchaines. Give him a follow, he is a fantastic journalist! Check out the PPI below to see which Pirates excelled today. We will have full coverage of the St. John’s game on Sunday. Until then, Hazard Zet Forward.